Guide to Seasonal Foods in Washington, D.C., Virginia and Maryland

As the summer months and growing season approaches, so too does the fresh produce and seasonal foods. Whether you buy your vegetables at the Arlington Farmer’s Market or buy your fruits at a boutique market in Del Ray, there is a wide range of seasonal items available in the Virginia, Maryland, and the greater Washington, D.C. area.

Though growing and harvesting times can vary from year to year depending on the weather, in general, there are some ideal times to look for certain types of produce. Here are a few of the big ones:

Arugula – May through September

Asparagus – May and June

Lettuce – May through October

Radishes – May through September

Spinach – May through September

Now you know when produce grows in the Mid Atlantic region. The only thing missing is restaurant-grade equipment to cook it.

Shop like a chef, and check out the new Alto-Hartley warehouse for a 10% discount. 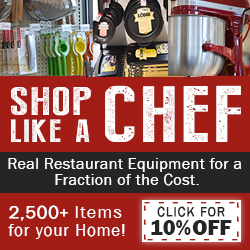