There are some dishes that are genuinely popular dishes that everyone knows and loves. But there are also many older dishes that aren’t quite as popular today as they used to be but serve as good reminders to dust off those older cookbooks or grandma’s recipe cards and dig up some of these classic recipes. 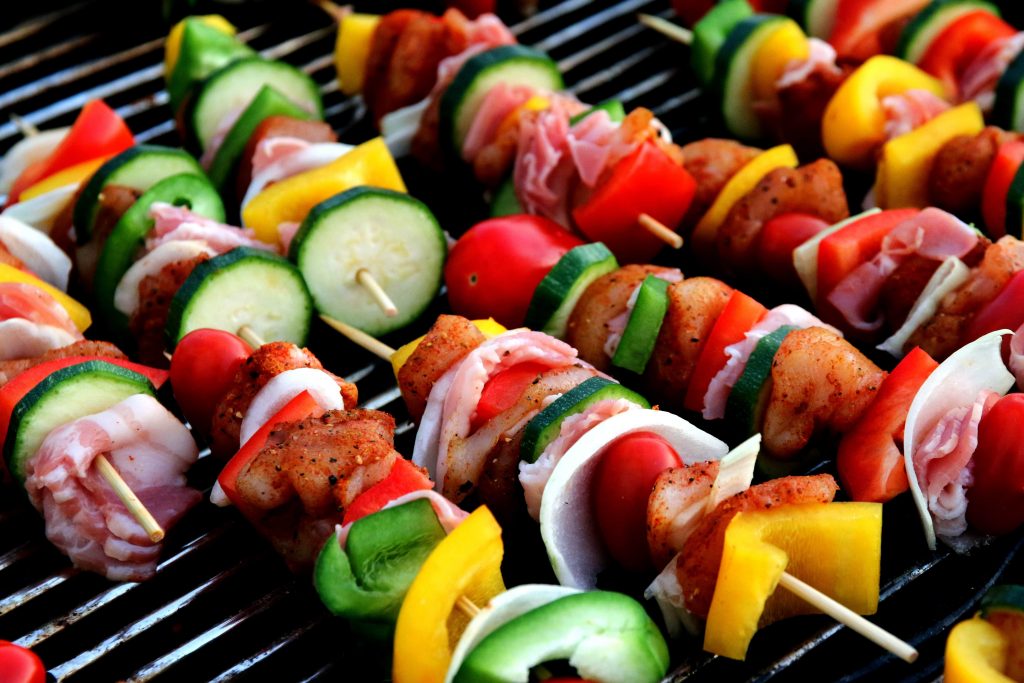 The first known origins of the shish kabob date back all the way to the 1500s in certain regions of Russia. The word shish means to skewer and the word kabob is a generic term that encompasses a wide array of roasted meat dishes. By the 19th century, shish kabobs had become a popular street food in St. Petersburg. For many nomadic people during that time, making shish kabobs made it easy to butcher, prepare, cook, and consume meat in rural areas while traveling.

Preparation of the meat was similar to how we prepare it today by marinating the meat for a day in vinegar, sour fruit juice, or dry wine, then spiced with onions and herbs. Typical meat that was used in the 19th century was lamb, but today, beef, chicken, and pork are most popular. With the addition of fresh vegetables, the meal became a healthy source for daily nutritional needs and is now a favorite for back yard grilling and summertime parties. Check out a delicious shish kabob recipe here.

Surprisingly enough, jello has an interesting history dating back to the 18th century. Gelatin was discovered through the process of harvesting bones and hard tissues from butchered meat. Once the gelatin was boiled, dried, and eggs were added in, then people started experimenting by adding in lemon, sugar, and fruit pulp to sweeten it. Gelatin by itself is odorless, colorless, and flavorless, which makes it a great base to add in flavoring and create the jello that we’re all fond of today.

Jello molds starting gaining in popularity during the 1930s-1950s when people started experimenting more with hydrating the jello in decorative plastic bowls. Jello was first trademarked in 1897 by Pearle Bixby Wait and his wife May from New York and it quickly gained popularity in cookbooks and home kitchens with the help of home refrigeration and Tupperware. By this time, jello molds were deemed an easy, bake-less dessert for quick preparation as more people started experimenting with adding in chopped fruits, nuts and marshmallows to create jello salads. Jello started losing popularity later in the 1960s and then came back in the 1980s with JELLO Cups and Puddings. Kraft now owns the JELLO trademark. Why not break out this quick and easy classic jello mold recipe for your next dinner party? 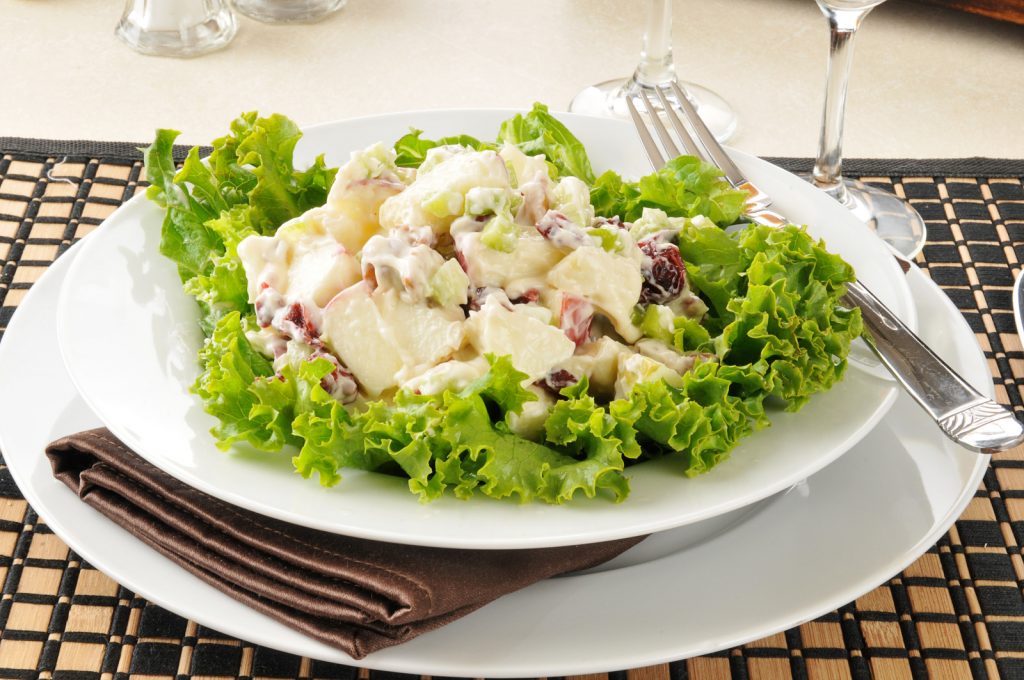 The classic Waldorf salad came to be in the late 1890s at New York’s Waldorf-Astoria hotel when the maître d’hôtel of the hotel, Oscar Tschirky, decided to form his own concoction that would later take on many variations. The original version of the Waldorf salad contained just apples, celery, grapes, and mayonnaise on top of a bed of lettuce.

The success of this simple salad recipe spread throughout New York delicatessens, and then throughout the world as its popularity grew. Throughout the years, chopped walnuts became an integral part of the dish, as well as chicken, turkey, dried fruits, seasonings, and even yogurt. This quick and easy Waldorf salad recipe can be prepared within just 15 minutes.

Communal dishes such as fondue can be a great way to share food and conversation with your loved ones. The earliest known reference to fondue dates back to around 1699 when a book was published in Zurich under the name, “Käss mit Wein zu kochen,” which means, “to cook cheese with wine.” Different forms of fondue were referenced throughout history, but by 1905 in Switzerland, the introduction of adding cornstarch into the recipe helped to create a smoother fondue texture.

Fondue and fondue bowl sets grew in popularity throughout Switzerland and eventually started gaining in popularity all across the world after the Swiss Pavilion’s Alpine restaurant promoted it at the 1964 World Fair.

Whether it’s melted cheese with fresh bread for dipping or melted chocolate with strawberries and bananas to dip, we know you’ll be inspired to break out that fondue set at your next party with this great classic fondue recipe!

Ready to dust off your old recipe cards and try one of these great classic dishes at your next party or event? Swing by our showroom to pick up all the supplies you need, and get a 10% discount by clicking below.