Here’s Why People Love Bacon So Much

The aroma. The sizzle. The crackle. The taste. Bacon is a staple of so many menus, from diners to fine-dining, that you’d be hard pressed to not find it in a Washington, D.C. area restaurant. Commonly featured in breakfast dishes and sandwiches, bacon has expanded its reach into our desserts and cocktails too. And for good reason – the average American consumes around 18 pounds of bacon each year!

Whether you wrap a scallop with it, use it to garnish a Bloody Mary, or pile it high on a BLT, bacon is a versatile food that has nearly as many uses as it does fans. So let’s take a closer look at why people love bacon.

The consumption of salted pork belly goes back over a thousand years to the Roman Era, who ate petaso, a type of pig meat boiled with figs, and then browned and seasoned. The word, “bacon” originated in modern English, and it was used to describe all pork, not just bacon slices. Pigs were not native to North America, and it’s believed pigs were shipped over to Cuba with Christopher Columbus. The curing process for bacon was a relatively simple one, making it a popular choice of meat for all classes.

Americans saw a bacon boom in the 20th century, leading to mass production of the salty meat. It wasn’t until the 1990s when bacon became more than a breakfast side. Today, you can find bacon ice cream, chocolate-covered bacon, bacon vodka, and so much more. 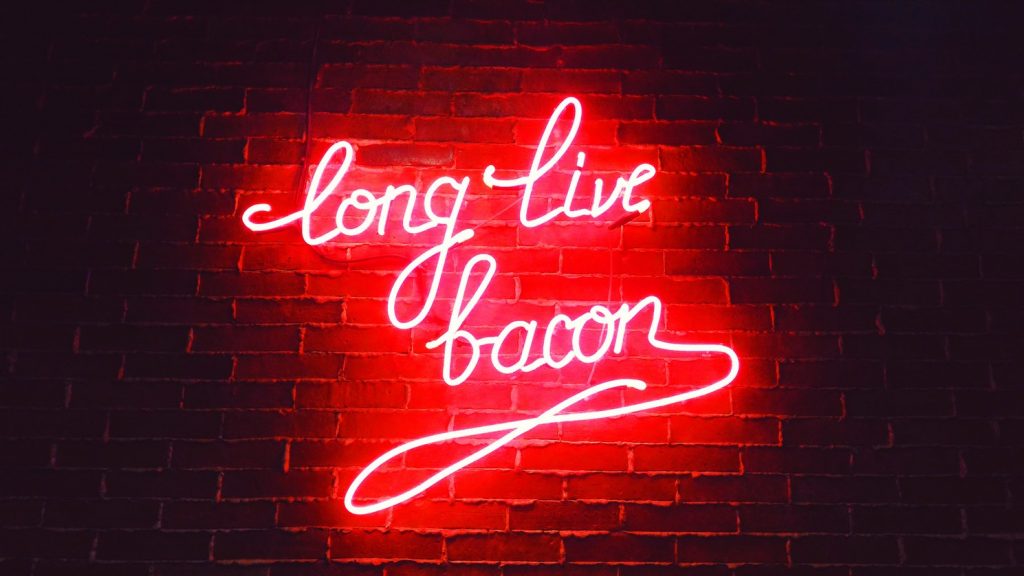 Why Does Bacon Smell So Good?

The smell of bacon in the morning, or any time of day really, is like nothing else. So why is the bacon aroma so gratifying? It’s actually explained by chemistry. When bacon is heated, it undergoes the Maillard Reaction, which causes food to brown and gives it its flavor. With bacon, the reaction causes sugars to react with amino acids, that when combined with bacon fat, creates unique aroma compounds that together make your mouth water.

Why Does Bacon Taste So Good?

The only thing better than the smell of bacon is the taste. Why? You guessed it, chemistry again. When the bacon fat breaks down during the cooking process, it creates taste compounds that are sweet, buttery, and salty. Thus, the unique, and delicious taste of bacon. Adding that flavor to dishes we already love like french fries or hamburgers, and it’s a sensory overload.

The Best Tools for Cooking Bacon

To create the perfect batch of crispy bacon, use a griddle or cast iron skillet, or if you’re frying it in the oven, baking sheets wide enough to hold all the strips in one layer. Flipping bacon frequently is key to achieving the ideal crispness of bacon, so a sturdy set of tongs is also recommended.

Find all the equipment you need to create an entire menu of bacon options in the Alto-Hartley Showroom. When you do visit, be sure to bring this coupon for 10% off your purchase.